Save now! - 15% off all bike helmets
Our Brands Cube Ghost Scott Haibike Focus Trek Kalkhoff Diamant Winora
For our customers from the UK: Due to the current situation (Brexit) we cannot accept orders as the shipping companies do not deliver to the UK.
Cookie preferences
This website uses cookies, which are necessary for the technical operation of the website and are always set. Other cookies, which increase the usability of this website, serve for direct advertising or simplify interaction with other websites and social networks, will only be used with your consent. Use of cookies
Configuration
Technically required
These cookies are necessary for the basic functions of the shop.
"Allow all cookies" cookie
"Decline all cookies" cookie
Backend Nutzer
CSRF token
Cookie preferences
Currency change
Customer recognition
Customer-specific caching
Individual prices
PayPal payments
Selected shop
Session
Comfort functions
These cookies are used to make the shopping experience even more appealing, for example for the recognition of the visitor.
Note
Statistics & Tracking
Affiliate program
Google Analytics
Track device being used
Categories 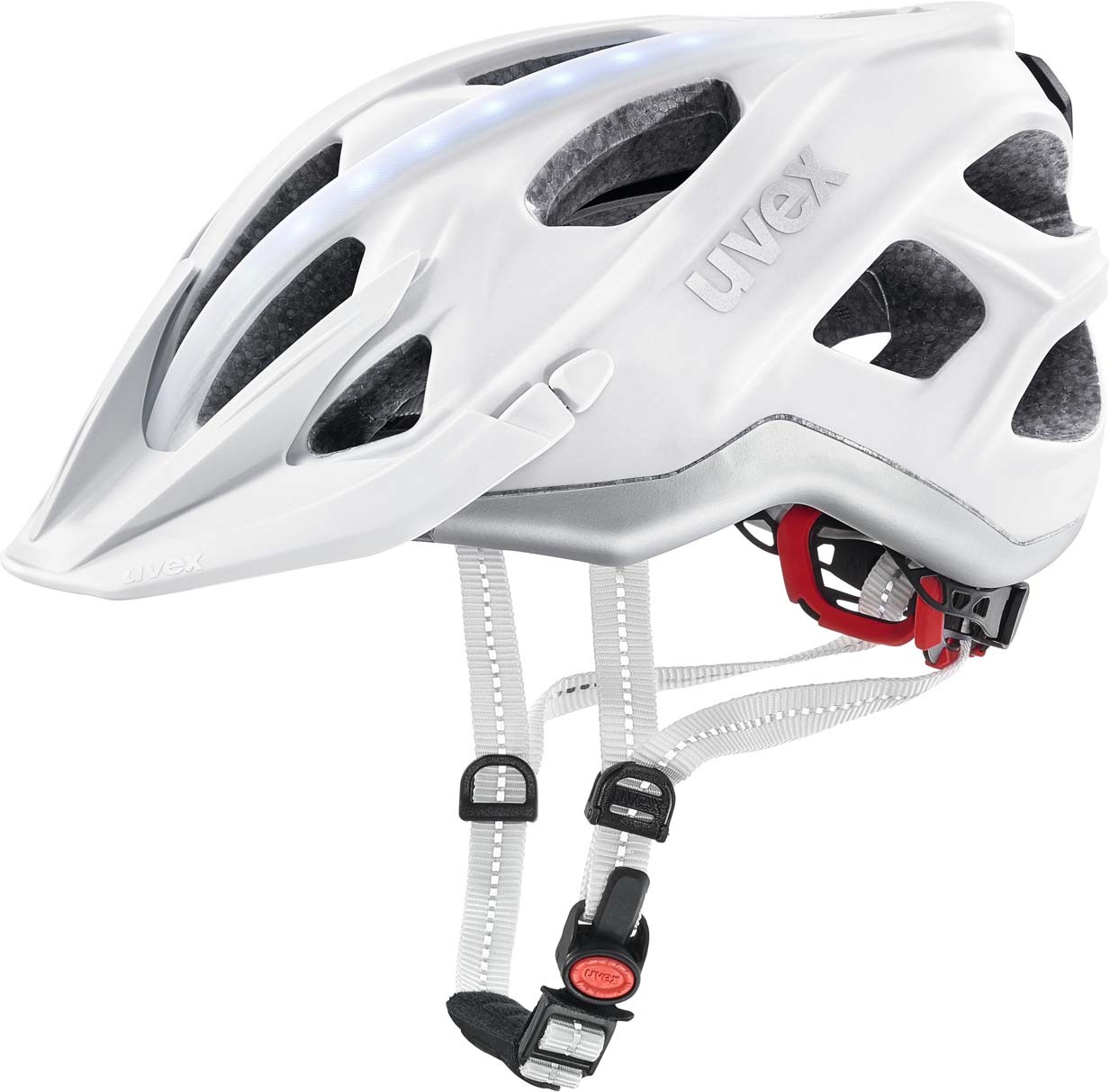 All information about: " uvex city light"

City, country, future: In the future, thead will become the most important means of transport in urban areas. It promises independence and quality of life. However, visibility on the Rad is essential to protect yourself and other road users. Reflective details on clothing and a properly functioning bike light are therefore standard equipment. uvex provides even more safety with the new uvex city light. When switched off, the uvex city light appears as a simple, sporty city bike helmet. Erst when the power button is pressed, it shows its true face: a total of four luminous LED bands with 32 LEDs Â two blue in the front, two red in the back Â located under the outer shell make the cyclist clearly visible in the twilight or darkness. The cyclist can easily switch between steady, flashing and bland light at the touch of a button. Depending on the mode, the integrated battery lasts between 6 and 12 hours. Within two hours it can be charged via the included USB cable. An additional LED indicates the charging status: - Green: 60% remaining power - Green-Red: between 30 and 60% remaining power - Red: remaining power below 30%

The entire technology is behind an additional plug-in LED at the back of the head. Reflective webbing and lettering complete the lighting package.

Please note: According to road traffic regulations, the LEDs are considered passive light and do not replace active bicycle lighting.

Made for: Night o

- 15%
uvex oyo Kids bike helmet
42.46€ 49.95€
This website uses cookies, which are necessary for the technical operation of the website and are always set. Other cookies, which increase the usability of this website, serve for direct advertising or simplify interaction with other websites and social networks, will only be used with your consent. Use of cookies More information
Decline Accept all Configure