The GHOST Factory Racing Team was able to travel to Canada to the World Cup in Mont Sainte Anne / Quebec strengthened with two European Championship medals and once again achieved good results. Malene Degn could achieve another TOP10 result in the U23 and Anne Terpstra again set her best season’s World Cup result. After finishing 19th and 17th in the last two races, she narrowly lost the sprint for 15th place. As last year, Max Foidl was a guest rider with the team, the Austrian U23 champion was able to achieve his best career result with sixth place.

Malene Degn and Anne Tersptra were already the team’s medallists at the European Championships. The Dane became slightly ill during the week of the European Championships, but still decided to start in the relay and was able to celebrate the silver medal together with the team. However, her recovery suffered and she had to end the XCO race early on Saturday to prepare for the World Cup in Canada. Anne Terpstra was able to win another bronze medal in the sprint after her silver medal last year: “The course didn’t suit me as much as last year, but I am super happy with the result. Unfortunately the course was not so ideal for a sprint and at the end the course was probably quite boring, but I was able to push through to the final and am therefore very happy.” After the XCE race, the Dutchwoman even managed to score another strong result with seventh place. Her teammate Lisi Osl finished 16th and Lisa Pasteiner eighth in the junior women’s race.

In Canada, Malene Degn was not yet fully recovered and therefore spared herself more than usual:

“I already knew that this would be a shock for my body and that’s why I wasn’t quite sure what the outcome would be. In the end it was a solid result and I finished well and safely on the really difficult track. Now I will recover and prepare for the last upcoming races …”

As in the previous year, the team was accompanied by Austrian U23 champion Max Foidl. The GHOST rider already showed a strong race in Mont Sainte Anne in 2016 and was able to repeat that this year. Right from the start, the Austrian was able to stay in the leading group and only lost contact with fourth place shortly before the finish

“I’m really happy with sixth place, thanks to the team for the support and the cool week. It’s nice to have a look behind the scenes and everyone gave me a warm welcome, otherwise I wouldn’t have been able to deliver this performance. I hope for me that the knot has broken a little bit in the World Cup this season, because it hasn’t worked so well so far.”

Anne Terpstra was initially annoyed about losing the sprint for 15th place, but then realised that she had ridden a good race

“Of course I am annoyed about the lost sprint, but I am already satisfied with 16th place. I only made a few mistakes and had a lot of respect for the track, especially after the first wet practice yesterday. At the beginning I was slightly handicapped by a crash in front of me, but that didn’t decide the race. In between I thought twice ‘I’m going to die’ – but somehow that didn’t happen.”

The 16th place means again an improvement of the result from Lenzerheide and the third TOP20 result in a row.
After the trip home from Canada, the World Cup conclusion in Val di Sole, Italy, is on the agenda for the complete team before most of the athletes travel to the World Championships in Australia and after that Anne Terpstra wants to defend her lead in the national league at the end of the season.

How interesting do you find this article?
[Votes: 0 | Average: 0] 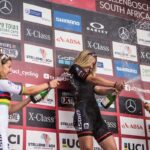 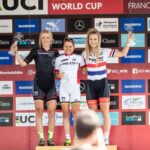 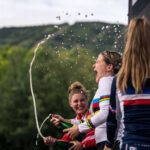 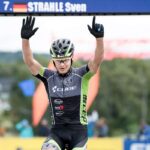 7th place for the German-Technology-Racing-Team in Canada 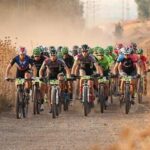 Triumph in the Holy Land 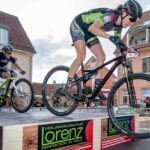 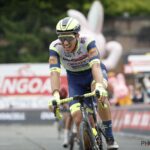 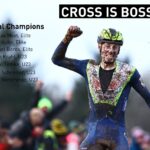 A shower of medals at the national cyclocross championships

Survey of the month